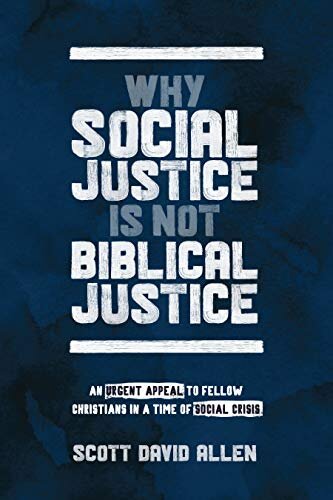 My Freshman year (1969-70) in Ann Arbor was a daily trial.  Lost in homesickness, I was paired with a roommate who might as well have come from the far side of the universe. I, a farm boy of bookish predilections, had precious little in common with the boarding school progeny of a Detroit-area auto executive.

But, the real trials that first year at the University of Michigan were the quotidian demands for revolutionary action by campus radicals: bombings, riots, strikes, and picketing.   One day, for example, a group of radicals tried to take over our introductory chemistry class. The professor, no wilting violet, chased them off.  In the middle of a final exam one evening, we were forced to abandon our building because of a bomb threat.

In the midst of the daily chaos, God mercifully drew me to Himself.  He was my solace in the chaos, but I could never have imagined that God would later make me champion a Christian vision for the renewal of nations while making Jesus known among international students.  That vision has compelled me to search the Scriptures with the question, “What does it mean to truly pursue justice?”

I’m far from the only evangelical exploring that question in the 21st century. The problem is that many are looking for answers in the poisoned waters of postmodernism. The bubbling heart of 21st century postmodernism is Critical Race Theory (CRT), an alien worldview slithering into many of our evangelical churches with the aid of those earnest to find solutions to longstanding injustices. CRT claims to offer a set of tools against racism and other injustices, but actually promotes the unjust, pernicious racialization of American life.

Scott Allen’s just-published Why Social Justice Is Not Biblical Justice: An Urgent Appeal to Fellow Christians in a Time of Social Crisis (2020) is as crucial, earnest, and timely a response to this dangerous development as the book given me on a cold January evening shortly after my conversion a half century ago.  Francis Schaeffer’s Escape from Reason (1967) made sense of the chaos and irrationality of campus radicalism as he explicated the dangers of the existential worldview (and the just-emerging postmodern worldview).

With charity and grace that gets justice just right while not diminishing past and present incidents of racism and injustice in American life, Allen’s new book contrasts biblical justice with its explosive CRT counterfeit labeled “ideological social justice.”  Allen’s second chapter lays the plumb line, asking, “What is justice, understood biblically?”  It is, he says, living according to God’s commands, living in right relationships with one another and God, and securing proper recompense when humans break God’s law.  The biblical standard of justice is universal, fair, and impartial.

By contrast, CRT, or ideological social justice, divides the world between the powerful and the powerless. Whites are inherently, irredeemably racists defined by an invisible system of white supremacy and privilege. Disparities, whether of family wealth, educational achievement, or imprisonment, are inkblot proof of White racism’s malevolence. In Allen’s words:

Ideological social justice is dangerous because it is false. It is building a culture of hatred, division, a false sense of moral superiority, and a false understanding of justice. A culture where truth is replaced by power, and gratitude by ingratitude.  A culture where everyone seeks out opportunities to be aggrieved and put on the mantle of the victim. A culture where people don’t take responsibility for their lives, but instead blame all their problems on others.  A culture of sexual libertinism and personal autonomy, where ‘sexual desire is the center of human identity and dignity.’  A culture where your identity is wholly defined by your tribe, and where your tribe is always in conflict with other tribes in a zero-sum competition for power (p. 195).

If you want a full graduate-level critique of CRT, pick up James Lindsay and Helen Pluckrose’s Cynical Theories: How Activist Scholarship Made Everything about Race, Gender, and Identity—And Why This Harms Everybody (2020).  But, for everyone else, you must read Allen’s book because he explains why CRT, or ideological social justice, is so dangerous, especially for evangelical churches.

One reason it is dangerous is because it is a full-orbed worldview that is, for all practical purposes, a religion.  Lindsay and Pluckrose agree with Allen, as does Hezekiah Kantor, author of Trojan Horse Religion.

The fact that it offers a full story about reality, complete with scoundrels (powerful, especially white, men) and saints (the powerless, whether Blacks or LBGTQ or women) is one reason it is a religion. Another is that it commands great allegiance.  Witness the massive protests, the cancel culture that fires, assaults, and demonizes those who refuse to submit to its dogmas.  In place of Christian conversion, this new religion promises “wokeness,” so that we now have woke evangelical churches, corporations, academics, and politicians, all enrolled to overthrow America’s founding ideals.  Black Lives Matter and the New York Times1619 Project are two of the best-known institutions of this new religion.

Lest we evangelicals recognize that this new religion is penetrating our well-meaning churches and schools, we will find our Christian faith floating down the river to sawmills that will make us the lumber used to build the revolutionary society.  Translated: If we don’t take Allen seriously, someday our churches will become either kindling for the revolution or sanctuaries for false teaching.