William Wilberforce:
More Than a Namesake

Though small in stature, William Wilberforce (1759-1833) was a giant in his times.  Not only have countless books and films recounted the story of this Man who changed the world, but his legacy lives on in the lives of Wilberforce International Institute mentees.  They look to his sterling example of this 18th and 19th century politician who successfully fought both the British slave trade and slavery throughout the British Empire while reforming British society at all levels.  He had a positive effect on nearly all areas of English life with his Christ-inspired reforms which he advocated. William Wilberforce inspired people to take up prison reform, human rights, animal rights, improved working conditions in factories, and banking reform, just to name a few. Wilberforce International Institute is dedicated to training international students to be the same kind of change agents in their home societies.

What were the secrets to Wilberforce’s immense successes as an evangelical follower of Christ in the public arena?  First, he was surrounded by similarly motivated colleagues whose love for Christ and willingness to collaborate led to the founding of the Clapham Circle, a group effort to strategically use their redemptive influence in public policy.  Meeting weekly, sometimes daily, the “Saints”, as they were known to each other, wrestled with the question, “How can we make our nation a better place for all?”  There was no gap between their love for God and their love for their neighbors. Their trust in and love for one another made their Christian policy forum an incredible success.

Secondly, Wilberforce was a parliamentarian who was also the personal best friend of the British Prime Minister, William Pitt. Together they combined an inspirational style of speaking with an ability to articulate problems that captured public attention.  As James Boswell wrote of him, the barely 5-foot-tall Wilberforce was  “a shrimp who turned into a whale” when he let loose a stemwinder in the House of Commons.  His intellect was such that he delivered many of these speeches impromptu, but what was most noteworthy was that they were effective.

Thirdly, Wilberforce was an energetic and motivated optimist who refused to give up, even when odds were stacked against him. The “dwarf with big resounding name,” as the famed Samuel Johnson declared of Wilberforce. Wilberforce worked hour after hour, often missing meals and enduring chronic pain from past injuries, in order to successfully champion legislation and reforms that measurably promoted human flourishing. Historians have noted his willingness to persevere in that his fight against the slave trade in the House of Commons took 20 years before success was achieved.

For these and many other reasons, the Wilberforce International Institute honors the legacy of a man who, thanks to the advice of slave trader turned minister John Newton (author of the song Amazing Grace), decided not to be a pastor but to serve Christ in the public square with profoundly Christian solutions to deep and pervasive problems of English life.  Today, his legacy stands as a bold monument to faithful service for Christ in public life. 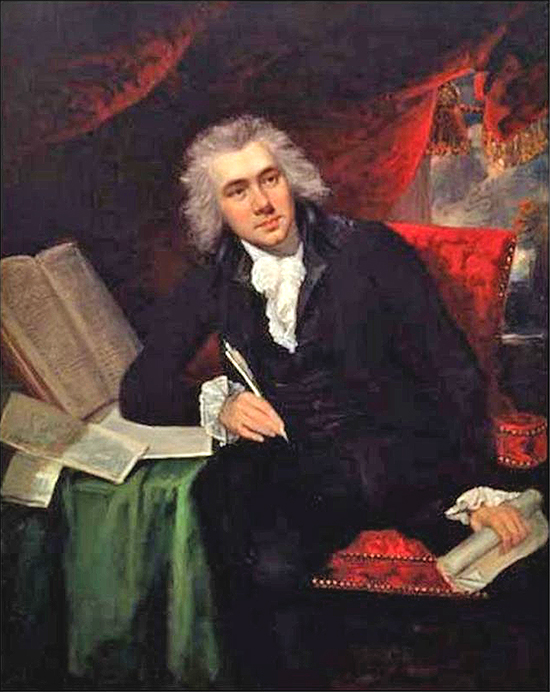 "You may choose to look the other way, but you can never say again that you did not know."